In the spirit of Halloween, we collected a few kind of creepy trail cam and nature pics. From a crazy colored pheasant, to things that might send a shiver down your spine if you saw it, check it out.... 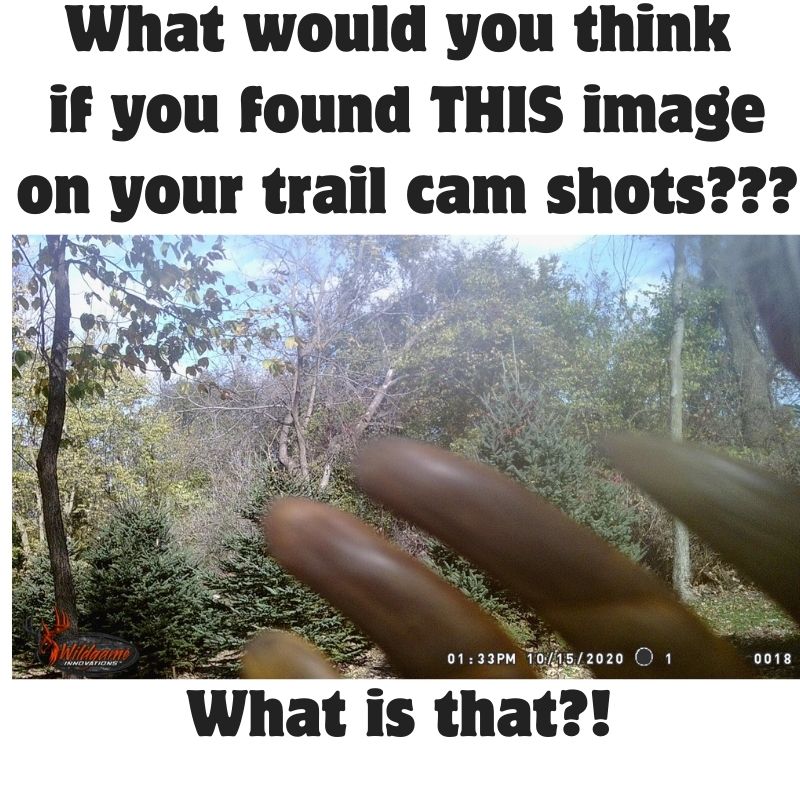 An Outdoor News reader submitted that creepy-looking trail cam pic, and people gave their ideas as to what it might be. Some people thought it was a bear or a porcupine, and a few people even said "Sasquatch", but according to Minnesota DNR's Dan Starck, it is likely a.... STRIPED SKUNK! 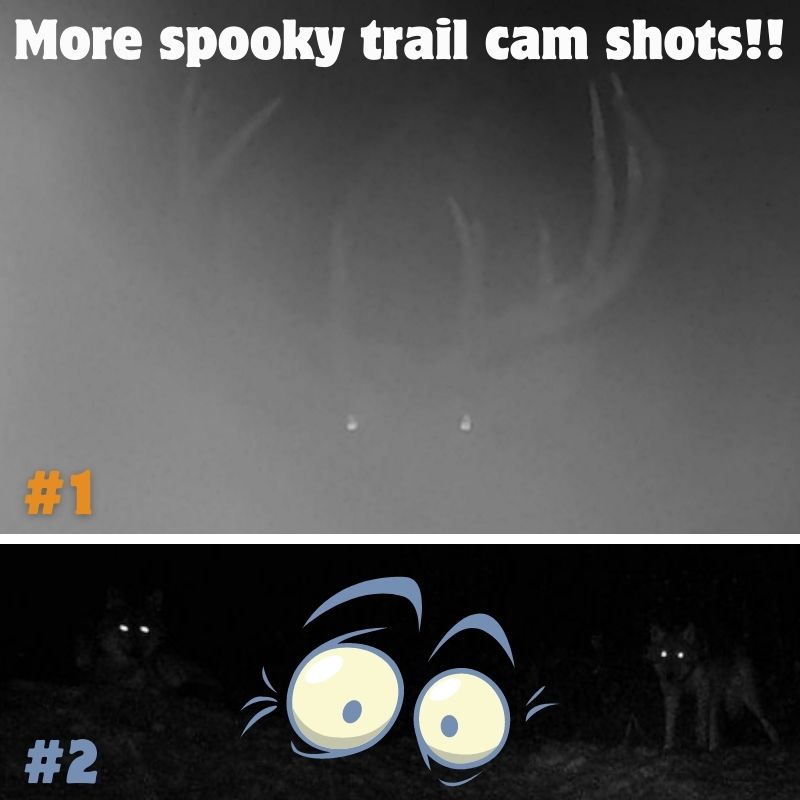 Yep - we might be a little spooked to see either one of these dark in the night!
#1 is a large whitetail buck, his breath created a foggy aura on a cold night  in February near the trail cam where this picture was captured in Ohio.
#2 is a pack of wolves in Northern Minnesota checking out an area where a hunter had cleaned his deer earlier in the day. 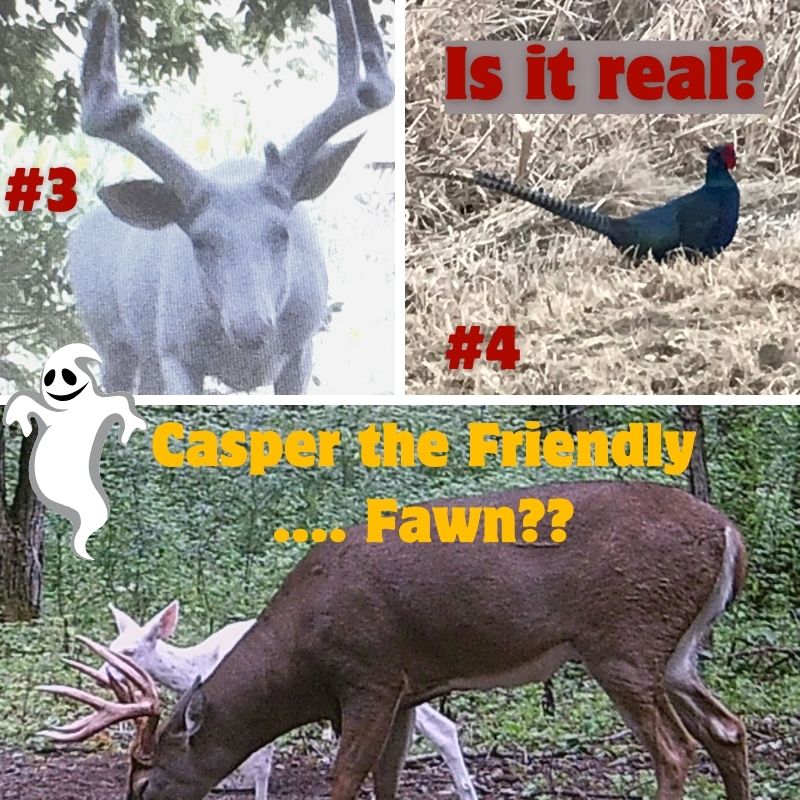 Yes - those images are real!
#3 is an albino deer caught several times over the years on trail cams in Wisconsin.

#4  Is a "Melanistic Mutant Pheasant", and it is is a pure breed. These large, beautiful pheasants feature an iridescent, greenish-black plumage. A favorite variety for people to release, they have the ability to survive and reproduce in the wild. Prime habitat consists of crop fields such as corn, soybean, or small grains. This photo was captured by an Outdoor News reader in South Dakota.

And the final picture is pretty unique. That is an albino fawn near a mature buck that was captured on a trail cam in Minnesota.

Have you ever found something cool when you were going through your trail cam pics? Share it with us HERE

Want to see something a little creepy but a little interesting too? If you're not afraid of spiders, check out this video of the HUNTSMAN SPIDER during the molting process.