Most turkey hunters believe the opening days of the spring turkey-hunting season offer the best chances at taking a bird. It’s probably true. Gobblers that haven’t been hunted in months can up the odds for success, but an abundance of weather-related variables can easily turn what should be prime turkey-killing days into disappointing outings that often leave less-experienced hunters scratching their heads. As with most confusing situations in life, observation, listening and patience can be the keys to success. 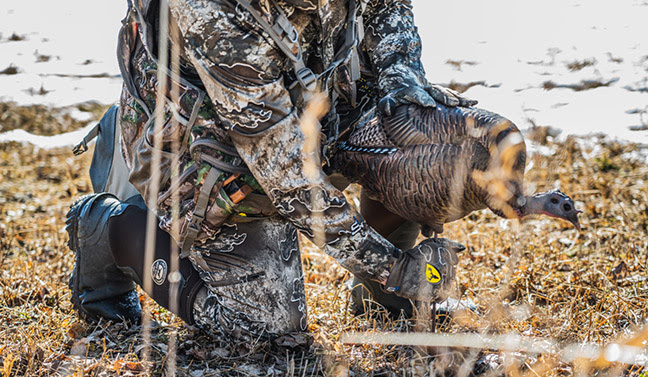 If opening day arrives on the heels of typical spring weather, hunters can usually expect toms to be fired up for breeding but frustrated by hens that aren’t quite ready. These are ideal conditions for the turkey hunter, as toms will be close to the hens and establishing dominance. These are birds that can be expected to respond favorably to effective calling – especially the less-dominant toms. More on that later. 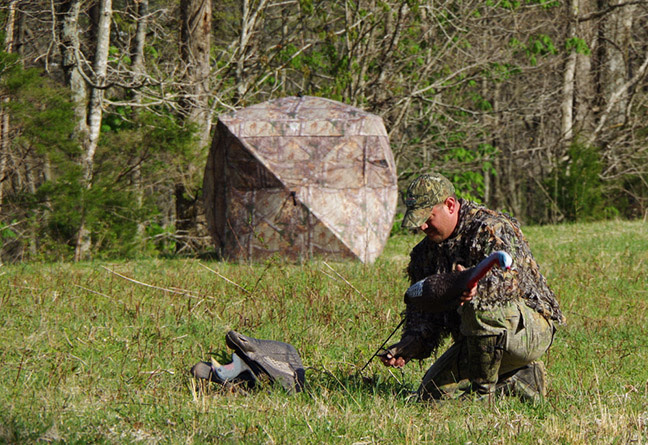 A portable ground blind can be very helpful during the early season for a variety of reasons and a lightweight model is worth carrying. There’s a lot less vegetation at the start of the season, and turkeys are often less vocal, too. Silent birds can be on top of you before you know it. A blind can conceal your movement when repositioning your gun towards that old tom that seemingly appeared out of nowhere. Of course, a ground blind also provides welcomed comfort and protection from spring’s unpredictable weather.

If the early season is particularly cold, don’t be surprised when the birds don’t crank up the way you want them to. Adapt by heading straight to spots you’ve observed with the greatest signs of turkey activity. Use a couple decoys and try a little calling, but don’t be surprised or too concerned if they don’t gobble. Have patience. Pack a lunch and hunt all day if your state allows it.

Deciding how much or how little to call can only be learned through experience and is a critical consideration during the early season. Toms are sorting out their pecking order during the pre-breeding period, so aggressive calling can work well, but don’t overdo it. Many hunters have a tendency to keep hammering away, especially when turkeys aren’t gobbling, but stop and realize that isn’t always what turkeys want to hear. There’s a reason the birds aren’t making a racket, so why are you? 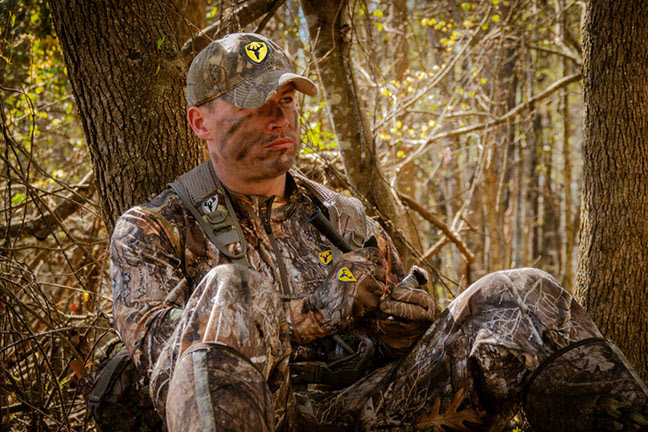 Start with three or four soft yelps and build up gradually. Wait a minute, then apply a little more pressure. Repeat the process a couple more times, getting louder and extending the sequence each time. Finally, scream ten to 12 notes at them while throwing in some feeding calls and cuts. Hopefully you’ll get a response, but don’t be surprised if you don’t. You’ve played your cards, so sit tight, be quiet and listen carefully for at least 20 minutes to give any silent but otherwise interested toms time to enter your window. If a gobbler answers, return call by softly yelping or purring just enough to let him know where you’re at. Alternatively, try rustling some leaves with your hand to simulate scratching and feeding but do it in a careful way that minimizes motion. If you are in an area with a lot of turkey sign, be patient and stay put, especially if there’s some other hunting pressure in the area. Have confidence in your setup and focus on managing your own little corner of the turkey woods. If there’s little to no pressure, consider making a small move, but take time to think about where you’re headed and how you’ll get there before getting up. 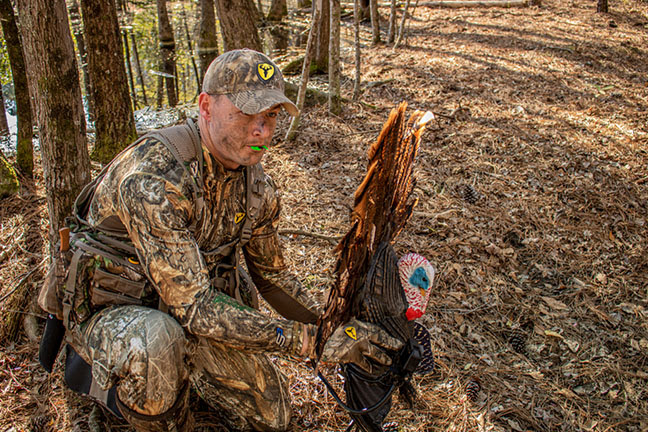 A lot of turkey hunters employ the proven jake/hen combo decoy setup during the early season. Emphasis on proven. But don’t overlook the power of a single strutter decoy under the proper conditions. As previously mentioned, we’re often hunting a lot of subordinate, “satellite” toms early in the season. If your scouting reveals groups of two or three Toms traveling and feeding together, that’s the time to hunt with a single strutter decoy, preferably one with a real tail fan that moves in the breeze. It’s a small detail that helps put birds at ease and can make a big difference in closing the deal. Don’t second-guess your decoy decision until you have a reason to. You’ll know if your decision to use a strutter was a good one as soon as it attracts a tom’s attention and you have the opportunity to view his reaction. It’s simple: kill him if he runs in, go back to your jake and hen decoy if he walks away.

What you wear in the spring turkey woods makes a difference, too, and most turkey hunters don’t give enough consideration to scent control. I know, it’s their eyes we’re worried about, not their noses, right? True, but working a gobbler in on a string only to have the perfect setup foiled by a whitetail doe staring, snorting and stomping at you will quickly change your perspective. It happens to everyone sooner or later, so recognize the reality of the situation and adapt. 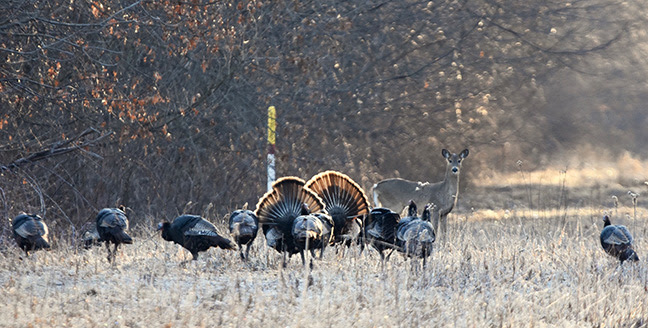 A great variety of effective scent-control clothing options are available today. Two to consider are ScentLok’s Savanna Aero line and Blocker Outdoors’ Shield Series Angatec line. Both feature multiple pieces and come in a variety of popular and effective camo patterns. And don’t forget the facemask and headcover; a large percentage of your metabolic odor comes from your hair, mouth and face, so failing to cover these areas defeats the purpose of having a scent-control regimen. For added comfort and more scent control, consider a base layer like the Shield Series Koretec Base from Blocker Outdoors or BaseSlayers AMP garments from ScentLok. Regardless of whether or not you use scent-control apparel, you can further reduce your odor signature in the field by keeping your turkey-hunting clothes deodorized between hunts with an ozone storage bag like the OZ Chamber 8K Combo. 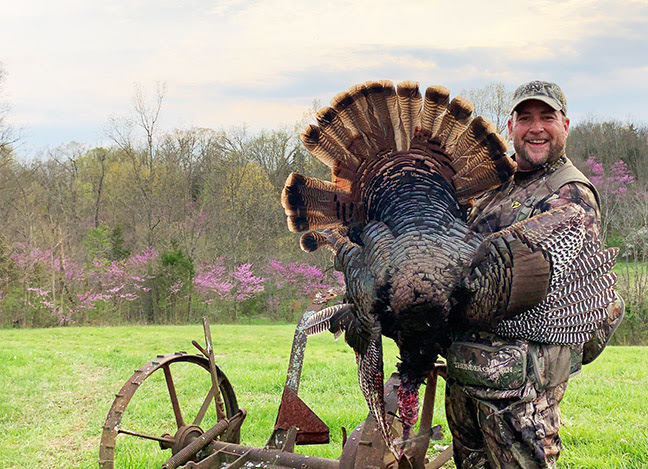 The most successful turkey hunters avoid mistakes by watching, listening and adapting their strategies accordingly – throughout the course of a single hunt and over the changing conditions and circumstances of an entire season. Still, everyone makes mistakes. The key is racking up enough experience to realize errors right away and make immediate adjustments.

Have faith and confidence in your observations and adjustments; the birds will always show you what they want.

_______
The Outdoor News Junior Pro Team thanks Josh Lantz/ Traditions Media for sharing this information with our members.

For information on the products mentioned, visit: