If they have cones and needles, you might automatically call that tree a “pine” tree, but that’s not always correct! 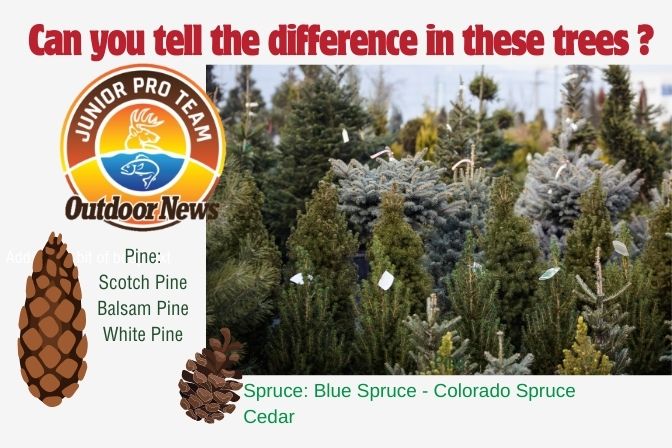 Did you know that the needles are actually the leaf of the tree? A close inspection will show you that some are square, some are flat, and some needles feel really sharp compared to others.

Take a close look at those needles. Notice how they grow in a little group or bundle and have kind of a brown wrapping on them? You’ll see that one to five needles will grow together in that bundle.

Do you only see one needle per bundle? That’s either a spruce tree or a fir tree. (we’ll let you in on a trick to tell the difference in a minute!)

Do you see two or more needles growing from that single bundle? You’ve found a true PINE tree!

Want a softer tree? A fir tree’s soft, flat needles might be the way to go!

Balsam Fir are some of the best smelling trees you will find. This tree earned it’s named for the balsam or resin found in the blisters of its bark. Did you know that during the Civil War, soldiers used that resin to treat wounds? 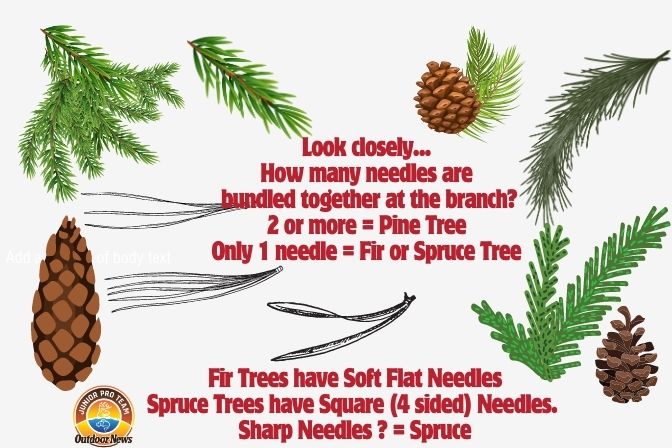