Fishing event is a win-win for father and son

One of the first big news articles I wrote for Outdoor News was back in 1998, when a big national fishing tournament circuit, the FLW Tour, came to Lake Minnetonka. It was one of the first trips into the north by this predominantly southern United States circuit and many hailed it as a testament to the quality of bass fishing in Minnesota.

With the exception of a few ice fishing tournaments and fall muskie event, I’ve steered clear of the tournament-angling scene for a variety of reasons. I have nothing against them; it’s just not something I’ve pursued.

So it was a surprise to me when my 9-year-old daughter and 11-year-old son expressed an interest in fishing a charitable tournament. They heard about the Minnesota Adult & Teen Challenge fishing tournament on Gull Lake last summer and asked if we could fish it this year, so I said yes, all the while wondering if they’d remember later.

When an advertisement for it popped up back in January, they said we need to register. The plan was for me to be the boat captain and they’d be the two anglers on the team. Then it almost didn’t happen.

A family member’s sudden fight with cancer put everything in limbo and delayed our registering. My daughter had to opt out due to a Girl’s On The Run event the same day. It looked like we’d have to wait another year, but then everything worked for the best and my son and I registered the week before the event.

We were officially the 150th boat to register of the 150 available slots. It was fortuitous.

Thanks to support from Outdoor News, Game Fair, and my business, WriteOutdoors, my son and I raised $750 for the charity that helps provide treatment for teens and adults struggling with drug and alcohol addition.

My son Ronny and I attended the rules meeting Friday night before the tournament and rubbed elbows with some of the finest anglers in Minnesota. The legendary Al Lindner even signed Ronny’s hat at the meeting.

We then spent a few hours, well past midnight, rigging rods, arranging tackle boxes, and preparing the boat for a full day on the water. A few hours of sleep was all we needed and the excitement of competitive fishing helped us jump out of bed when the alarm sounded at 5 a.m.

Since a jig-and-minnow would be our primary tactic, we first headed to S&W Bait near Brainerd for some spottail shiners and fatheads. We picked up some grub and beverages and launched the boat into the north side of the Gull Lake chain.

Fishing for the event does not have a central take-off point like many tournaments, something that helps allow for such a large field of boats, and we were on our first spot with time to spare. We spent the final minutes getting everything ready, cruising the area using our electronics to mark fish, and eagerly anticipating the day before us.

When the clock hit 7 a.m., our lines were in the water and it took just a few minutes for Ronny to connect with the first bass of the day. It wasn’t a monster but we bagged it and shortly thereafter he hooked into a second one. 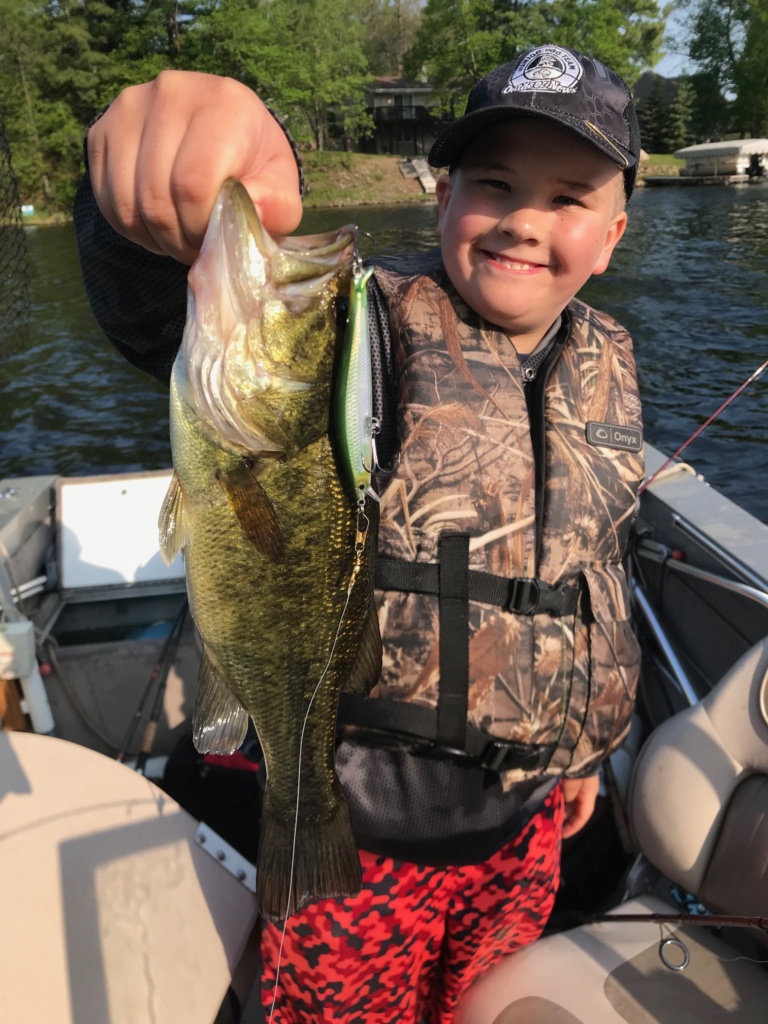 Ten minutes in, we had two fish in the bag. Ronny changed tactics at the last second and his success came from a Rip-stop Rapala he was working through the shallow weedline.

I lost a medium-sized bass at the boat and then the jig-and-minnow got on a hot streak. An hour into the tournament, and the two of us had caught so many bass we had more than enough for the bass division.

There are several divisions anglers can choose from in this tournament including bass, pike, walleye, panfish and mixed bag. Our goal was mixed bag but all we were catching were bass, including rock bass. Normally, the rock bass is a species not to celebrate, but in this tournament it’s known as a “kicker fish” and teams can add one rock bass to a team’s weigh-in to give a little boost.

We headed into a different part of the lake for walleye and pike. As I kept up with my jig and shiner bite, Ronny went after big bluegills and was successful in adding to our multi-species bag. I kept catching only largemouth and rock bass so we moved into the big lake to fish the emerging cabbage beds.

Gull Lake has a protected slot for pike, meaning all those between 22 and 26 inches must be immediately released. Trolling rip-stop Rapalas in 12 to 16 feet along the outside weed edge was very productive, but we only caught pike within that protected slot. Finally, Ronny hooked into one that was under 22 inches and our mixed bag was nearly complete. 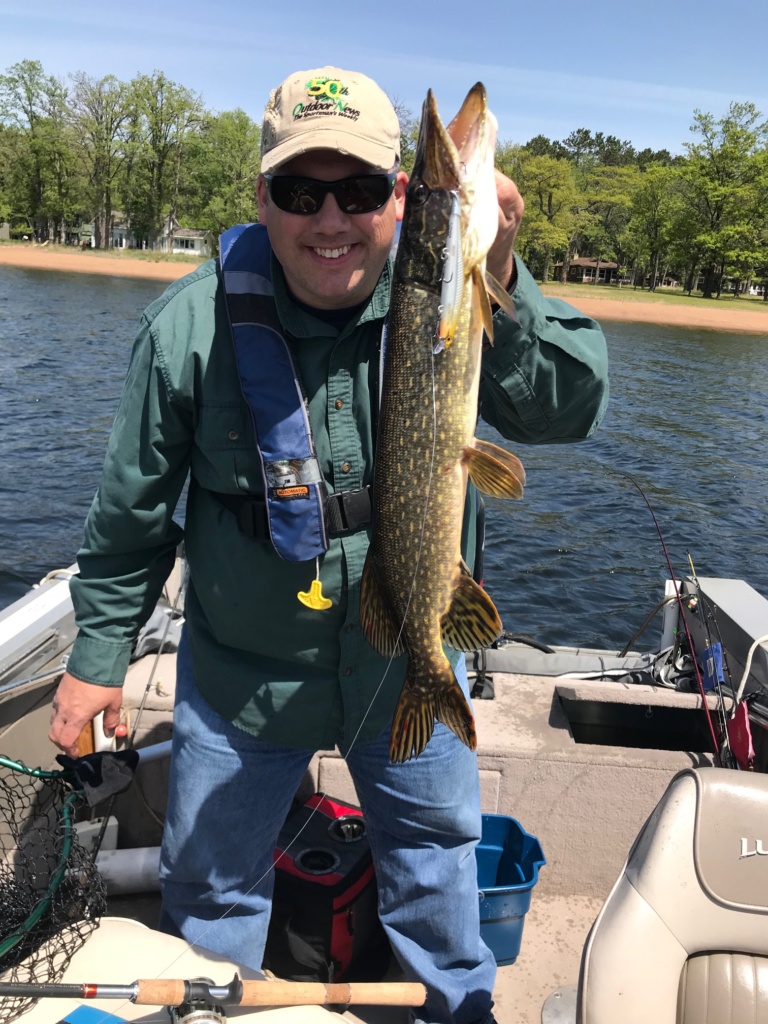 We spent the next two hours chasing a walleye and working hard to keep the fish in our livewell healthy. As the minutes of the tournament ticked on, we celebrated the fact that we had at least a limit of bass but were hoping for a walleye, a pike over 26 inches, and big old bass.

Unfortunately, none of that came together for us so we entered the bass division at weigh-in time and finished somewhere in the middle of the pack. Considering some of the anglers we were up against, placing in the middle wasn’t too shabby for two first-timers.

The best news is that we helped contribute to an event that ended up raising more than $341,000 to support Minnesota Adult & Teen Challenge drug and alcohol rehabilitation programs statewide. Tournament director Bernie Barringer told me that since it first began in 2009, the tournament has raised more than $2.2 million.

“From professional anglers and fishing celebrities to youth and seniors, those fishing this event are focused on fun and raising important funds for an amazing cause: saving the lives of people trapped in chemical addiction. We are seeing amazing things happen and restoring broken families.”

We are hoping to be part of this once again next year, on June 4, 2020, and will look forward to another fine day of fishing. To see photos of the event and get more information, click here, or check out the Minnesota Fishing Challenge Facebook page.

View all posts by: Ron Hustvedt